“The year is 1911 when twenty-year-old heiress Peggy Batternberg is invited to spend the summer in America’s Playground.

The invitation to the luxurious Oriental Hotel a mile from Coney Island is unwelcome. Despite hailing from one of America’s richest families, Peggy would much rather spend the summer working at the Moonrise Bookstore than keeping up appearances with New York City socialites and her snobbish, controlling family.

But soon it transpires that the hedonism of nearby Coney Island affords Peggy the freedom she has been yearning for, and it’s not long before she finds herself in love with a troubled pier-side artist of humble means, whom the Batternberg patriarchs would surely disapprove of.

Disapprove they may, but hidden behind their pomposity lurks a web of deceit, betrayal and deadly secrets. And as bodies begin to mount up amidst the sweltering clamour of Coney Island, it seems the powerful Batternbergs can get away with anything…even murder.

Extravagant, intoxicating and thumping with suspense, bestselling Nancy Bilyeau’s magnificent Dreamland is a story of corruption, class and dangerous obsession.”

This book was nothing that I expected. First off, for some reason I thought it would have more of a fantasy or magical aspect to it, which it doesn’t. It’s a historical fiction mystery and while I was bummed at first, because let’s be real I love magical books, that did not stop me from loving on this book.

Peggy Batternberg is a member of one of the wealthiest families in America. Like all wealthy family in 1911, they move in a close knit circle that is neither in the middle of New York’s Society spotlight nor out of it. Peggy is hoping to spend the summer of 1911 away from her family. She has her own little flat and is working in the Moonrise Bookshop. She’s a new women with new ideas that don’t quite match up with the rest of her families. But when her family focuses her to spend the summer with them at the Oriental Hotel, next to Coney Island, Peggy is left feeling more caged then ever. After adventuring into the amusement parks near the hotels, Peggy starts to come to grips with how even though she is a privileged and wealthy young women, she has less freedoms than she thought.

In an effort to escape being told what she can do by the Batternberg men and her sister’s fiancé Henry Taul, Peggy heads into Dreamland on Coney Island, where she meets Stefan, an Serb immigrant artist with an eye on the future. When two young women are found murdered and Peggy finds herself drugged, Peggy starts to realize that both murderer may be connected to the Batternbers. The biggest question being, who in her small circle of men could possible be behind it.

First off, I loved this book. Bilyeau did a wonderful job setting up Coney Island versus the upscale hotels. I could just picture myself experiencing the carnivals by the seaside and now I want to go to the fair. I found this particular storyline to have a very unique voice and setting, it all just worked so well.

Character wise, Peggy can be a little naïve, which works for this story. While I sometimes wanted to just roll my eyes at her comments or lack of social understanding, it would be extremely realistic for her to be so naïve. She’s been sheltered entirely from the ‘real world’ by her family, but her will to learn and understand the world around her is truly inspiring.

The juxtaposition that Bilyeau paints as well is extremely well done. The contrast between what men can do versus what women can do is stark. One of my favorite moments in the book is when Peggy realizes that Henry Taul has been having her followed. She finally understands how much the family monitors her every more, and how even suggesting where to have dinner must come from a man. As she’s realizing this it dons on her that while women in her circle must be followed and told what to do, men go virtually undetected and move and talk freely. It’s hard to believe that this was 100 years and even to this day some of that inequality exists. I digress, because I could go on and on about that.

This book was a ★★★★★ read for me. It’s the perfect mix of mystery and historical fiction with an extremely unique setting. There may even be a twist you don’t see coming!

This book is out now! If you think you’d like to read this book, get your copy HERE!

I hope you enjoyed my thoughts on Dreamland. If you liked this review please let me know either by commenting below or by visiting my Instagram @speakingof_books.  Huge thank you to Netgallery & Endeavour Quill for my copy of the book! All opinions are my own. 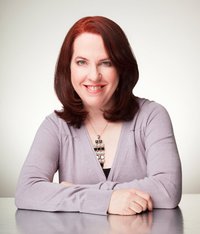 Nancy Bilyeau was born in Chicago, Illinois, and grew up in Michigan. She studied English literature and American history at the University of Michigan, earning a bachelor’s degree, before moving to New York City to work in the magazine business. She was a staff editor at Rolling Stone, Entertainment Weekly, Good Housekeeping and InStyle.

In 2010 she sold her first novel, The Crown, to the Touchstone imprint of Simon & Schuster. A thriller set in Tudor England, it was an Oprah magazine pick and nominated for the Crime Writers Association’s Ellis Peters Historical Dagger Award. She wrote two more books featuring the same main character, a Dominican novice named Joanna Stafford.

With her fourth novel, a standalone thriller set in the 18th century art world titled The Blue, she told a story of espionage and obsession with the most beautiful color in the world. In creating Genevieve, the Huguenot artist who goes undercover in a porcelain factor, she drew on her own background. Nancy is descended French Huguenot Pierre Billiou, who came to what was then New Amsterdam in 1665 and built a stone house on Staten Island. It’s the third oldest house in New York State. 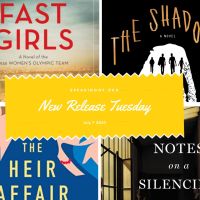 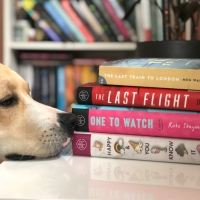