“Father of Lions is the powerful true story of the evacuation of the Mosul Zoo, featuring Abu Laith the zookeeper, Simba the lion cub, Lula the bear, and countless others, faithfully depicted by acclaimed, award-winning journalist Louise Callaghan in her trade publishing debut.

Combining a true-to-life narrative of humanity in the wake of war with the heartstring-tugging account of rescued animals, Father of Lions will appeal to audiences of bestsellers like A Zookeeper’s Wife and A Bookseller in Kabul as well as fans of true animal stories such as A Streetcat Named Bob, Marley and Me, and Finding Atticus.”

When I first received this book, I was not crazy about reading it. While the premise sounded interesting, it was non-fiction. If you know me, you’ll know that if a book isn’t wild, magical, or have a plot twist, it’s probably not for me. However, I heard a few good things about this book and decided to give it a chance.

It took me two weeks to read this book. Mainly because of the holidays but also I honestly was having a hard time connecting and following along with the extended cast of characters. Callaghan, jumps around between three main narratives, two of which are from the same POV but during different timeframes. It was hard for me to keep them all straight at first, but as I continued reading I eventually grew to appreciate each narrative for what it brought to the story.

Much of the first part of the story is background on the Abu Laith (Zookeeper) and how the Mosul zoo came to be. We also drift, rightfully so, into learning quite a bit about the conflicts happening in and around Iraq. We hear so much conflicting narratives about what is happening half a world away, but we never hear how the average person is impacted. It’s also hard for me in particular to understand the different fractions both religions and political in the Middle East, because I feel as if there are so many that are constantly popping up. Callaghan did a really good job of making sure to include plenty of lessons around these fractions, which helped me to understand the predicaments our characters find themselves in.

While the first half of the book is filled with education lessons and character background/building, the second half of the book is full of action. Not super Marvel movie level action, but much more impactful. Callaghan captures the impact small individuals actions can have on a community and how it can stir even more action. When the Mosul zoo ends up being featured for having starving animals, not only does the worldwide community step in to provide money for food, but a Austrian-Egyptian Vet makes it his miss to personally fly to Iraq, deal with the policies, settle agenda’s among other things to try and help these animals.

This book reads like a non-fiction book, and I really enjoyed knowing that these were actual thoughts and conversations real people had. I think Callaghan did an excellent job of charactering the humanity and the personalities of each of our main characters. I also feel a little more knowledgeable around the crisis’ happening in the Middle East, for less than 400 pages this book packs a ton of facts and lessons into it’s pages. I highly recommend this book, especially for animal lovers and those interested in Middle-Eastern history. ★★★★☆

If you think you’d like to read this book, it comes out Tuesday January 14th and you can pre-order a copy HERE!

I hope you enjoyed my thoughts on The Father of Lions. If you liked this review please let me know either by commenting below or by visiting my instagram @speakingof_books.  Huge thanks to Forge Books for my advanced copy of the book. 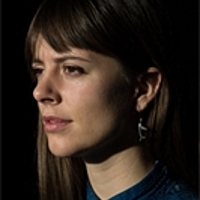 Louise Callaghan is the Middle East Correspondent for the Sunday Times (UK), one of the youngest ever hired by the paper. She has had long-form pieces published in The Sunday Times Magazine, Vogue, and the Times Literary Supplement. She won the Marie Colvin Award for British Journalism, New Journalist of the Year at the 2016 British Press Awards, Young Journalist of the Year at the 2017 British Journalism Awards, and made Forbes’ 30 under 30 in media 2018 list. Father of Lions is her first book.