Traveling with her treasure-hunting father has always been a dream for Theodora. She’s read every book in his library, has an impressive knowledge of the world’s most sought-after relics, and has all the ambition in the world. What she doesn’t have is her father’s permission. That honor goes to her father’s nineteen-year-old protégé—and once-upon-a-time love of Theodora’s life—Huck Gallagher, while Theodora is left to sit alone in her hotel in Istanbul.

Until Huck returns from an expedition without her father and enlists Theodora’s help in rescuing him. Armed with her father’s travel journal, the reluctant duo learns that her father had been digging up information on a legendary and magical ring that once belonged to Vlad the Impaler—more widely known as Dracula—and that it just might be the key to finding him.

Journeying into Romania, Theodora and Huck embark on a captivating adventure through Gothic villages and dark castles in the misty Carpathian Mountains to recover the notorious ring. But they aren’t the only ones who are searching for it. A secretive and dangerous occult society with a powerful link to Vlad the Impaler himself is hunting for it, too. And they will go to any lengths—including murder—to possess it.”

Fun fact, one of my friends just named her first born Theodore and we call him Theo! So when I started reading this book it took a lot of effort for me to think of the main female character versus a 3 month old baby. Not really anything to do with the story but it did make it hard for me to initially visualize Theodora.

This book was a fun read. I really enjoyed getting to know Theo, even if I had to adjust my thinking of her as a baby for a bit. It reads quickly and has a good pace to it. I also felt that I learned a bunch about Romania history. I would have liked to get more explanation around the magic that was in the book. It’s never fully explained, it just kind of happens. When it happens, it is well done, but then once over you’re left wandering who, why, how.

My biggest problem with this book though is the character’s speech. Even though I knew the book took place during the early 1900’s, I constantly forgot. Mainly because the character’s talk as if they are modern teenagers. They say phases, I’ve never seen in a historical fiction from this time period. Even with the book being geared more towards a YA audience the language seems highly unlikely for the time  period. I feel that Bennett put this story in the early 1900’s simply to make it harder for the characters to contact each other, ie no cell phones, email etc. Other than that it was extremely difficult for me to remember I was reading a historical fiction and not a modern YA.

I hope you enjoyed my thoughts on The Lady Rogue.  If you liked this review please let me know either by commenting below or by visiting my instagram @speakingof_books.  Huge thanks to Simon Pulse & NetGalley for my copy of the book.

Jenn Bennett is an American author of novels for teens and adults. Her notable 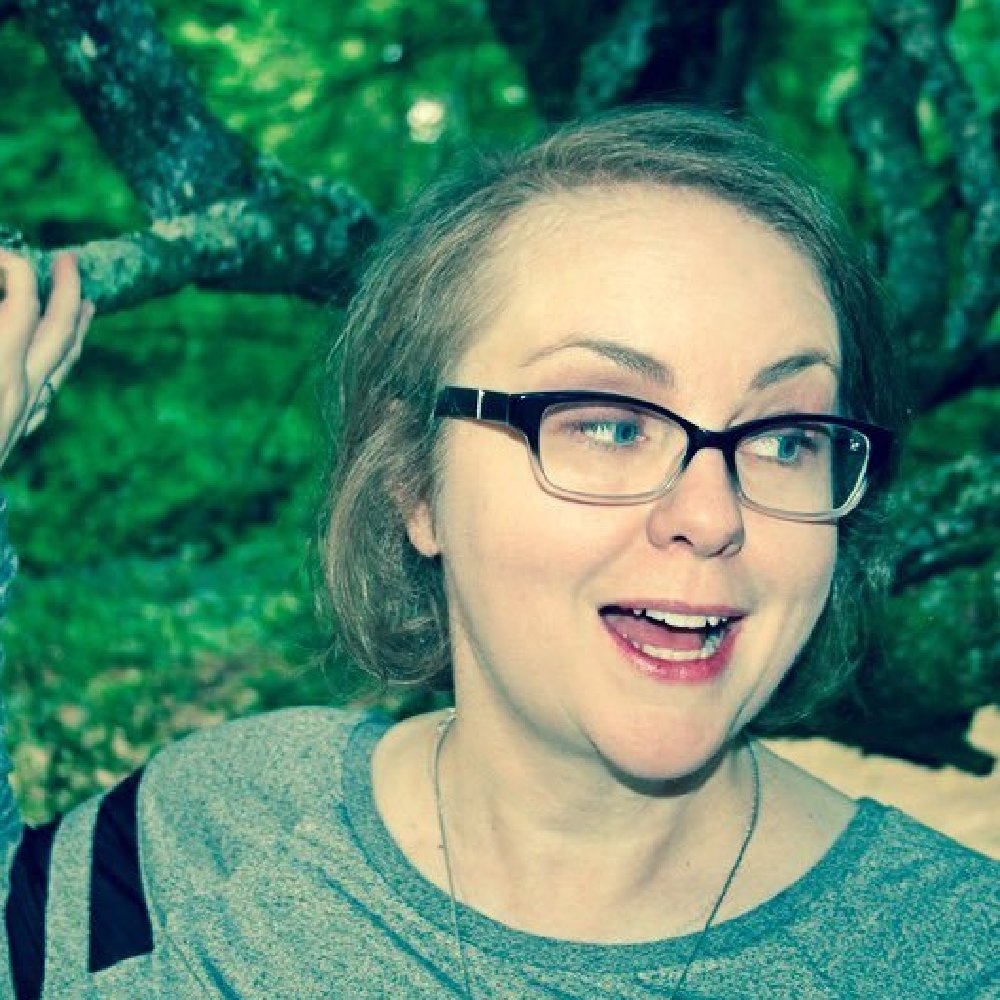 works include Alex, Approximately, Starry Eyes, and The Anatomical Shape of a Heart (aka Night Owls). Her books have received critical acclaim and award recognition.

Speaking of...bookstack saturday!⠀ .⠀ When your bestie asks you for book recommendations to keep her occupied during quaratine you drop everything and pick some books for her! Anyways hope everyone has a really great weekend! ⠀ .⠀ What’s your go to book recommendation for other people?!⠀ .⠀ .⠀ #speakingofbooks #speakingof #bookstacksaturday #bookstagrammer #bookblogger #speakingofblog #booklover #bookstack #bookstabuddies📚 #sadielady #pupsandpages #alwaysreading #bookrecommendation
Speaking of...Most Anticipated Releases⠀ .⠀ Another month means more amazing reads coming out! I know alot of publishers are pushing back the release dates of books due to COVID-19 but these ones are still on target to be released in April! My top recommendations so far are Little Secrets, Roxy Letters, & Sin Eater. The top books I’m looking forward to reading are The Women With Silver Wings, The Knockout Queen, & The Ancestors! Head over to my blog to see a full list of April releases I’m excited about! Link in bio! ⠀ .⠀ Also huge thanks to the tagged publishers for my advanced copies of these four April releases! ⠀ .⠀ Tell me what book you’re most looking forward to read in April! ⠀ .⠀ .⠀ #bookblogger #sablogger #bookreviewer #aprilreleases #newbooks #littlesecrets #thenewhusband #haveyouseenme #alwaysreading #thrillerbokks #newreads #bookrecommendations #speakingof #speakingofbooks #speakingofblog #bookstabuddies📚
Speaking of...Book Review!⠀ .⠀ One of my favorite series has the 16th book coming out this summer & is celebrating its 20 year anniversary! I started listening to The Dresden files last year. I need a good audiobook series to listen to when while marathon training and this series was perfect. Not only is this series basically Nancy Drew meets Harry Potter but the narrator is amazing! I’m super bummed that Peace Talks, which comes out in July isn’t on audio yet but I still loved reading all about Dresden’s newest shenanigans. Thank you @orbitbooks for my copy! ⠀ .⠀ Now I’m starting to relisten to all of these books and I’ve been using my new @sudio Tolv earbuds to do! These earbuds give you 7 hours of listen time with 4 extra charges in their case which equals 6 days of charge time, so I don’t how to worry about forgetting to charge my headphones before a run. These buds are super comfy and come in some fun colors! I still picked white though because I need them to match my all my workout clothes 😛. Anyway if you use my code SPEAKING15, you can get 15% off a new pair of headphones! #treatyoself ⠀ .⠀ #speakingofbooks #thedresdenfiles #peacetalks #sudiomoments #sudio #audiobooks #alwaysreading #partner #yelpreads #bookseries #bookreview #bookreviews #bookreviewsneedlovetoo #notjustaprettybook
Speaking of...April TMR⠀ .⠀ Is my April reading list almost as tall as Sadie? Yes, yes it is! Is this all I want to read this month? Nope, not at all. ⠀ .⠀ Welcome to April where we’re all quarantined and our reading lists are out of control. Good thing I have nowhere to go for the next month! Head over to the blog today, link in bio, to see what I’m planning on reading this month! ⠀ .⠀ What are you planning on reading in April?!⠀ .⠀ .⠀ #speakingof #speakingofbooks #speakingofblog #bookblogger #apriltmr #readinglist #bookstagram #bookstagrammer #bookstabuddies📚 #alwaysreading #sadielady #pupsandpages
Speaking of...March Wrap Up⠀ .⠀ One more day of the longest month ever! This month has been a whirlwind but even with everything going on I managed to get 13 books in this month! 13! That’s such a good reading month for me! Half the books I read we’re digital copies most of which were ARCs but I also read 7 really great physical books too. I’m also officially over 30% of the way to my 2020 reading goal which is way further along than I thought I would be at this point. I’ve got a full write up of this month’s reading on the blog today, click the link in my bio to get a full glimpse into what I read. ⠀ .⠀ Spoiler my favorite books this month were: A Good Neighborhood, Little Secrets, & The Dark Familiar (which comes out today!). What were your favorite reads this month??? ⠀ .⠀ Huge thanks to the tagged publishers for my advanced copies of Hard Cash Valley, Little Secrets, Cries from the Lost Island, The Woman in the Mirror, The New Husband, & The Only Good Indians! ⠀ .⠀ .⠀ #arcreads #speakingofbooks #speakingofblog #newbooks #alwaysreading #marchwrapup #bookstack #theonlygoodindians #thewomeninthemirror #littlesecrets #hardcashvalley #thenewhusband #bookstagrammer #bookblogger #sablogger #booklover #bookobsessed #bookstabuddies📚 #alwaysreading #marchreads #marchreleases #aprilreleases
Speaking of...Reading Format⠀ .⠀ Happy Monday everyone, today’s big question is eBooks vs. physical books?? I go through phases where I only read physical books and then only read eBooks. #bookstagram has definitely made physical books more appeals because they’re so much more photogenic. However, when I travel I always have eBooks for the convenience. I also find that I read faster with an eBook. So what do you prefer?? Do you mix it up like more or do you only read one format??⠀ .⠀ Also this is your weekly reminder to try your jeans at least once a week during this time of self-isolation and sweatpants. I work from home normally, so I live in giant t-shirts and comfy pants. But I always make sure to put jeans on once a week, that way it’s not a surprise when I’m rushing that they don’t fit 😂. ⠀ .⠀ .⠀ #speakingofbooks #speakingof #speakingofblog #ebooks #phsyicalbooks #readersofinstagram #bookstabuddies📚 #riotgram #yelpreads #alwaysreading #kindlebooks #weekendreading #booklover #books #bookobsessed